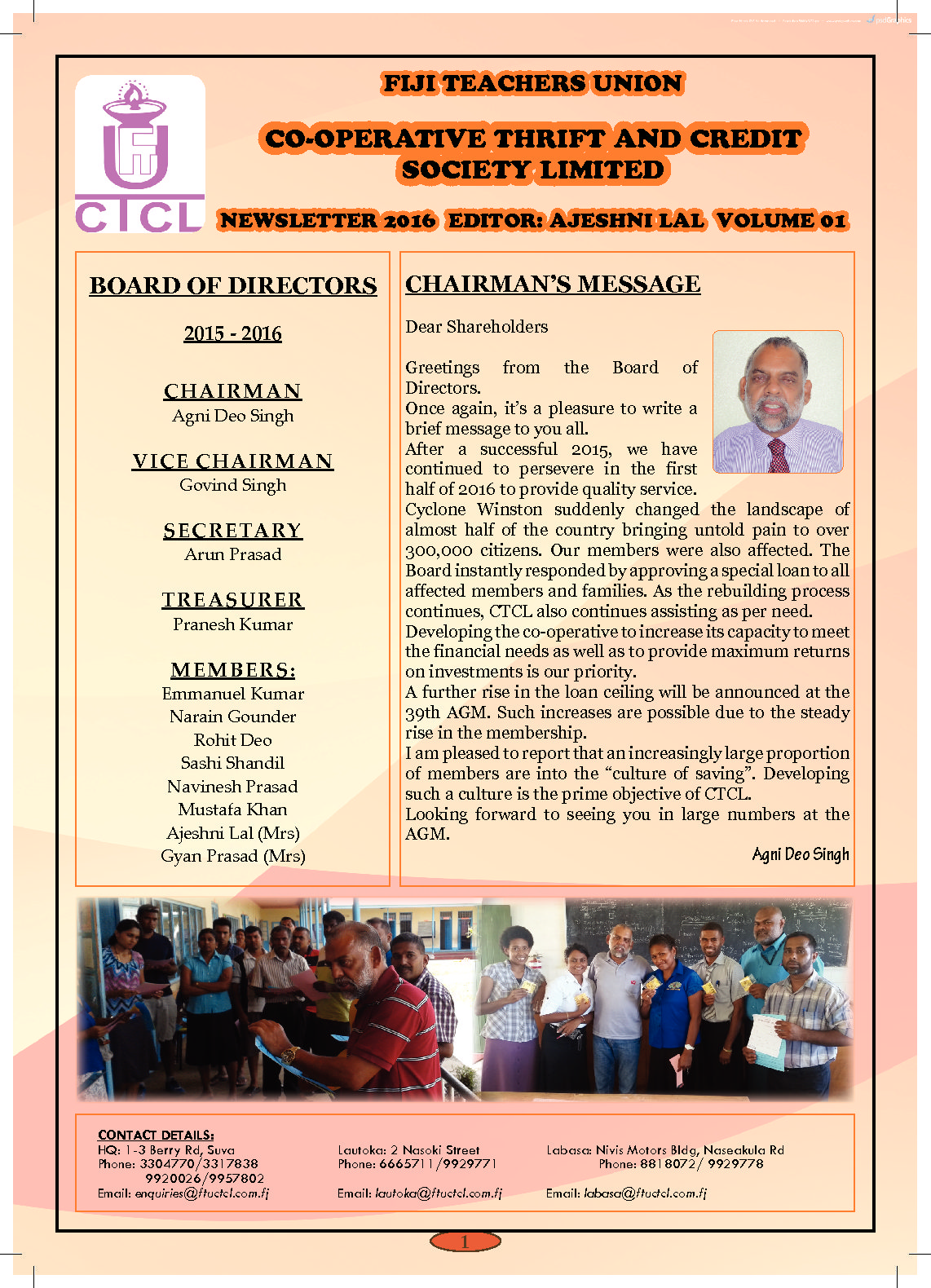 Greetings from the Board of Directors. Once again, it’s a pleasure to write a brief message to you all. After a successful 2015, we have continued to persevere in the first half of 2016 to provide quality service.

Cyclone Winston suddenly changed the landscape of almost half of the country bringing untold pain to over 300,000 citizens. Our members were also affected. The Board instantly responded by approving a special loan to all affected members and families. As the rebuilding process continues, CTCL also continues assisting as per need.

Developing the co-operative to increase its capacity to meet the financial needs as well as to provide maximum returns on investments is our priority. A further rise in the loan ceiling will be announced at the 39th AGM. Such increases are possible due to the steady rise in the membership.